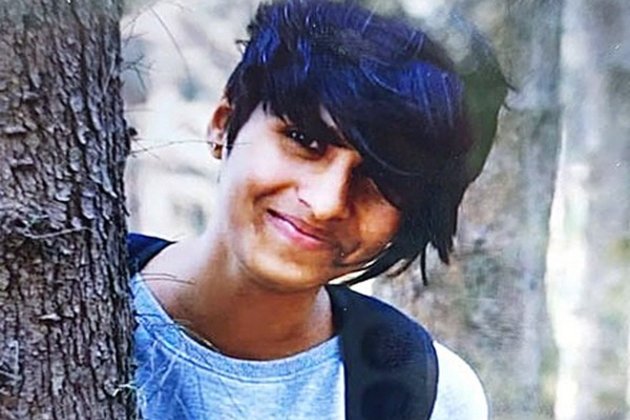 Mumbai (Maharashtra) [India], November 23 (ANI): In the latest twist in the tale of the Shraddha Walkar murder case, a letter has surfaced that Shraddha allegedly wrote in 2020 at the Tulinj police station in Maharashtra's Palghar, in which she complained that Aaftab Poonawala, the accused in her murder case, had beaten her and threatened to kill her.

The letter in question has reportedly been shared by Shraddha's neighbour in Vasai with whom Shraddha had gone to file the complaint. The Maharashtra police have confirmed that the deceased had written a complaint letter on November 23, 2020, at the Tulinj police station. The Maharashtra police also confirmed the authenticity of the said compaint letter shared by Shraddha's neighbour as to have been written by Sharddha.

"It's been six months he has been hitting me," the letter read.

The letter further claimed that Aaftab's parents were aware that he beat her up and that he tried to kill her.

"I lived with him till date as we were supposed to get married anytime soon and had the blessings of his family. Henceforth, I am not willing to live with him. So any kind of physical damage should be considered coming from him as he has been blackmailing me to kill me or hurt me whenever he sees me anywhere," the letter read.

The letter surfaces a day after Aaftab on Tuesday told a Delhi court that he murdered his girlfriend in the "heat of the moment".

Aaftab was produced before the Saket court in the national capital on Tuesday after his five-day police custody expired.

However, Apollo Hospital, Senior Consultant Psychiatrist, Dr Sandeep Vohra on Tuesday reacted to Aftab Poonawala's statement in Saket Court. "It cannot be a case of 'heat of the moment'," the top expert said.

Meanwhile, a court-sanctioned polygraphy test on Aaftab was initiated in the national capital on Tuesday.

The assistant director of the Forensic Science Laboratory, Rohini, Sanjeev Gupta said the process of conducting a polygraph test on Aaftab has begun and the report will be out in a week's time.

Delhi Police had previously said Aaftab, following his arrest in the case, confessed to killing his live-in partner in their apartment in West Delhi's Chhatarpur and chopping her body into 35 pieces.

Speaking to reporters on Tuesday, Gupta said, "We've been directed by the Delhi Police and our director to process this case fast. We are working on some parameters that are important before conducting a narco test."In a polygraph test, the subject is asked a series of questions while his physiological indicators such as blood pressure, pulse rate, and respiration are measured. This data is then used to determine if the subject is lying.

Aaftab is alleged to have preserved the chopped body parts in a refrigerator before dumping them in the forests of Chhatarpur.

Aaftab and Shraddha met on a dating site and moved in together to a rented accommodation in Chhatarpur as the relationship grew.

On receipt of the complaint from Shraddha's father, Delhi Police registered an FIR on November 10.

Subsequent interrogation of the accused revealed that Aaftab killed Shraddha on May 18 after which he started researching ways to dispose of the body. He also borrowed ideas on disposal from popular crime shows on his streaming devices, Delhi Police revealed.

He also told police that he also read up on human anatomy before chopping his girlfriend's body.

Police said after browsing on the internet on ways to remove all traces of his crime, Aaftab mopped blood stains from the floor of the couple's Chhatarpur apartment with some chemicals and also disposed of all stained clothes.

He then shifted the body to the bathroom and bought a refrigerator where he hoarded the chopped body parts, police further informed. (ANI)