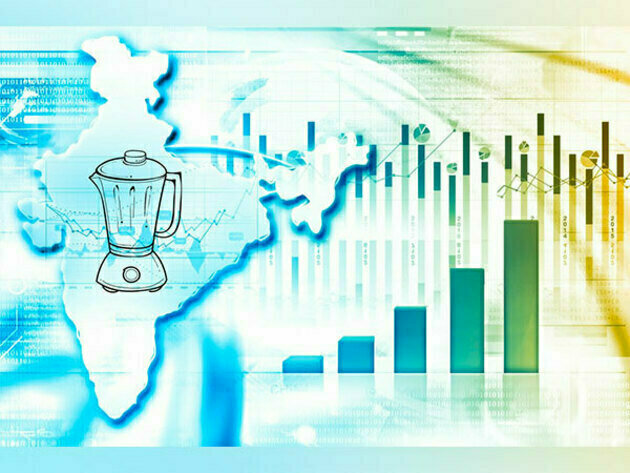 While the general consumer electronic market is projected to grow at a CAGR of around 10 per cent over the next 10 years, the mixture grinder market globally, which falls in the category of general consumer electronics, has a forecasted growth rate of only around 3.5 per cent for the same forecast period. Fortunately, the India mixer grinder market bucks the trend in this regard.

According to market watchers, the India mixer grinder marker grew at the rate of 18 per cent between 2016 and 2022. Further, it is also estimated to retain a growth rate of at least 7 per cent in the next 10 years in India. This is a promising trend for the industry in India and has to be looked at more closely to understand the full scope of it.

There are a lot of ways in which the India mixer grinder market can be segmented. Some of the categorisations have been provided below:

By User Type: By user type, the segmentation mainly has two categories - commercial and residential. In India the majority of the market share is taken up by the residential mixer grinders and the commercial products account for less than 25 per cent of the total sales.

This is the trend across the world because of the obvious difference in the number of residences and commercial kitchens. However, of note is the fact that the commercial sales are growing at a significantly slower rate than the residential sales.

By Usage Type: By usage type there are several product categories in the market. These include the mixer grinder, juicer, stand mixer, blender, mixer grinder juicer, wet grinder, etc. While the Indian market was traditionally dominated by the wet grinders, in recent times the other categories are also gaining steam significantly. Especially with regards to the juicer element, life style trends towards healthier living are also driving sales in the category.

By Size/Power: In this segmentation category, there is more diversity in the residential mixer grinder whereas the commercial category is slightly more homogenised. According to market reports, there are three major segmentations available for the consumers in this category - up to 549W, 550W to 749W, and 750W and over. Depending on the use case and price point, consumers can choose the optimum product with the right sized motor and power.

By Geography: the geographical segmentation for the product is driven basically by the socio economic parameters. Broadly speaking, the North and the South of India, each account for over 30% of the market share respectively.

The demand in the rest of the country is expected to catch up in the coming years with increasing levels of disposable income in those regions. A more granular analysis of the data shows that the demand is driven in these regions mainly by the major urban areas. Cities like Bangalore, Chennai, Hyderabad in the South and Mumbai, Delhi, and Kolkata in the North are the key demand drivers. However, estimates suggest that the demand from the rest of the country is also picking up fast.

Based on sales and media presence both online and offline the major brands that offer products in the mixer grinder category are Maharaja, Usha, Phillips, Butterfly, Preethi, Kenstar, Bajaj, Prestige, Havells, Bosch, Morphy Richards, etc. There are several other brands and private labels that operate in the Indian market as well. According to reports published by The Readers Time, these companies offer products in various price points and product categories.

How does it affect consumers?

After determining the size of the mixer grinder market in India and its projected growth rate, it is essential to comprehend how these aspects will effect the Indian customers. First, we must recognize that a growth rate that exceeds the worldwide average indicates that corporations from across the world would be interested in establishing a presence in the nation. This results in additional options for Indian customers.

On the other hand, the possibility of increased growth, the size of the projected market, and the production-linked incentives provided by the Indian government indicate that corporations would be eager to establish manufacturing units in the nation, hence reducing the cost of products in the country. Therefore, Indian customers should anticipate to find far more alternatives in a significantly lower price range in the mixer grinder market.

This story has been provided by ATK. ANI will not be responsible in any way for the content in this article. (ANI/ATK)