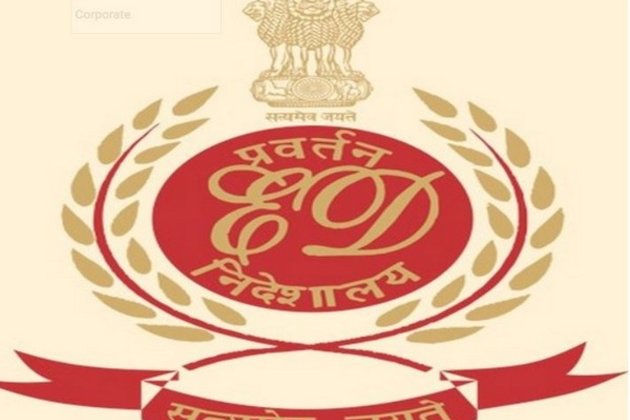 New Delhi [India], October 3 (ANI): The Directorate of Enforcement (ED) on Monday said it has attached assets worth Rs 49.60 crore belonging to Tamil Nadu-based businessman Dhanraj Kochar and his family in a case related to cheating and criminal conspiracy.

This is the second attachment in the case. An attachment of Rs 69.14 crore was already done by the ED earlier this year taking the total attachment in the matter to Rs 118.74 crore. Further investigation is in process, the ED said in a statement.

The ED has taken the action under the Prevention of Money Laundering Act (PMLA), 2002.

ED initiated a money laundering investigation on the basis of FIR registered by CCB, Tamil Nadu Police against Dhanraj Kochar, his family members and associates under various sections of IPC for cheating, criminal conspiracy etc.

ED conducted search operations on 29.09.2021 at the residential and business premises and bank lockers of Dhanraj Kochar and his family members and seized Indian CurrencyJewellery and various incriminating documents.

Investigations by ED revealed that one M S Hameed and Dhanraj Kochar along with one Abdul Rawoof were the Directors of a company- M/s D R FoundationsEstates Private Limited, which was into real estate business and during 2005-06, the properties in Siruseri village under the jurisdiction of Thiruporur Sub Registrar Office, in 20 documents, were purchased out of funds invested by Hameedhis family members and his business entity Paramount Builders into M/s D R Foundations and Real Estate Pvt Ltd and were clandestinely transferred to the names of Dhanraj Kochar and his family members and some properties were directly purchased in their names from the funds invested by Hameed in the company.

Further investigation of the incriminating documents seized from the search has revealed that several innocents have been cheated likewise by Dhanraj Kochar and his family, the ED said.

In order to prevent alienation of the Proceeds of Crime and to prevent frustration of further proceedings under PMLA, 2002, immovable properties and movable assets to the tune of Rs 49.60 crore including cash of Rs 1.16 crore and Jewellery of Rs 12.68 crore have been provisionally attached. (ANI)