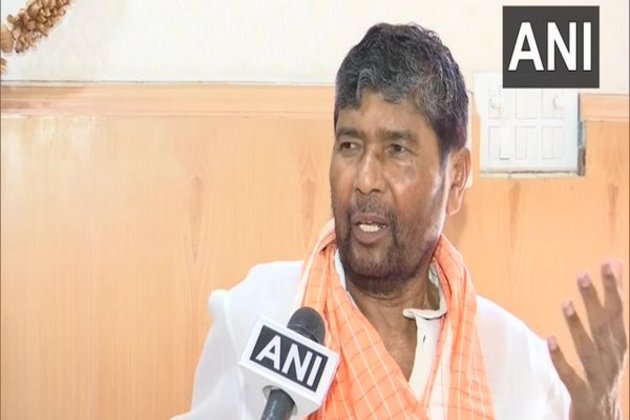 New Delhi [India], October 3 (ANI): Union Minister Pashupati Paras has asked Bihar CM Nitish Kumar to reconsider his decision to be with the Mahagathbandhan after Sudhakar Singh resigned as the agriculture minister over alleged injustice to the state's farmers.

On Sunday, Sudhakar Singh became the second Bihar minister in about a month to tender their resignation. Earlier, Kartikeya Singh had resigned as a minister over an alleged kidnapping case.

"In my opinion, it was not a good day when Nitish Kumar was sworn in with Mahagathbandhan. Within 48 hours of swearing in, the law minister who was supposed to be the custodian of law was himself in the grip of law. He had to resign ultimately," Paras told ANI Sunday.

"There is an unfortunate situation in Bihar. Nitish Kumar should reconsider his alliance with the Mahagathbandhan," he said.

"This is a mismatched alliance between RJD and JD(U). It is said that the chief minister will be changed after two months. When this happens, it would become very difficult to control the officers and criminals. Bihar is in a deplorable condition," he said.

Asking the Bihar CM to strengthen the law-and-order situation, he said that crime has increased in the state after the Mahagathbandhan came to power.

"There is no law and order in Bihar. Robbery and murder incidents are taking place. Nitish Kumar should improve the situation in the state and work in this direction," he said.

According to the officials in the Bihar Chief Minister's Office, after Sudhakar Singh, the agriculture ministry was given to Tourism Minister Kumar Sarvjeet. At the same time, Deputy Chief Minister Tejashwi Yadav would hold the additional charge of the tourism ministry.

Kartikeya Singh, who was moved from the Ministry of Law, has an outstanding arrest warrant against him in a kidnapping case for which he was granted interim protection till September 1 by a Danapur court.

Stirring a controversy last month, Sudhakar Singh told a gathering in his constituency that his department was infested with "thieves" and he felt like the "chief of theft". (ANI)