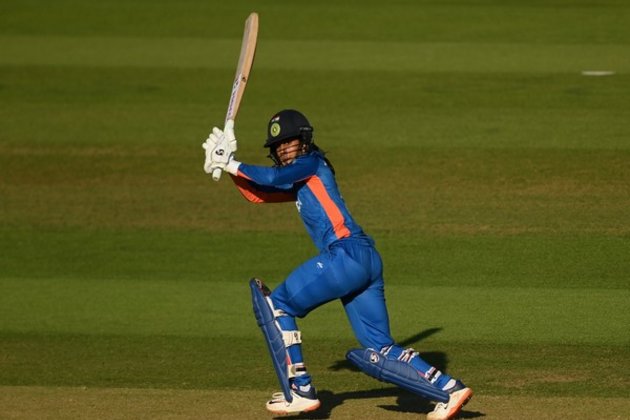 Happy to be back with team I love the most: Jemimah after India's win over Sri Lanka in Women's Asia Cup

Sylhet [Bangladesh], October 2 (ANI): Indian batter Jemimah Rodrigues expressed her happiness on her return to the national side from injury on a positive note after a 41-run win over Sri Lanka in their Women's Asia Cup 2022 campaign opener.

"Good start to the Asia Cup More than anything I was just happy to be back after injury with the team I love the most. Remembering every single person who helped and supported me throughout this time, without you all it wouldn't be possible We keep raising the bar!," tweeted Rodrigues.

Rodrigues had suffered a hand injury in August and did not feature in India's historic tour of England, which saw Women in Blue capturing the ODI series by 3-0.

Coming to the match against Sri Lanka, India was put to bat first by their opponents.

Women in Blue put up a fighting 150/6 in their 20 overs. After openers Shafali Verma (10) and Smriti Mandhana (6) fell early, it was Rodrigues who pulled back India into the game with skipper Harmanpreet Kaur (33) by her side. They had a 92-run stand. Rodrigues scored 76 off 53 balls with 11 fours and a six. Though regular wickets meant that India could not cash on the momentum brought by this partnership.

Spinner Oshadi Ranasinghe (3/32) strangulated Team India's run flow with her tight bowling and by taking some key wickets at the right time.

Chasing 151, Lankans looked less than ordinary while batting. Except for Hasini Perera (30) and Harshitha Samarawickrama (26), nobody could contribute much with the bat.

Spinners Dayalan Hemalatha (3/15) and Deepti Sharma (2/15) and Radha Yadav (1/15) inflicted a lot of damage on Sri Lankans, taking more than half of their wickets. Pace attack also did a great job, with Pooja Vastrakar taking 2 for 12 in 3 overs.

Jemimah earned a 'Player of the Match' award for her fluent half-century.

India's next match of the tournament will be against Malaysia on Monday. (ANI)