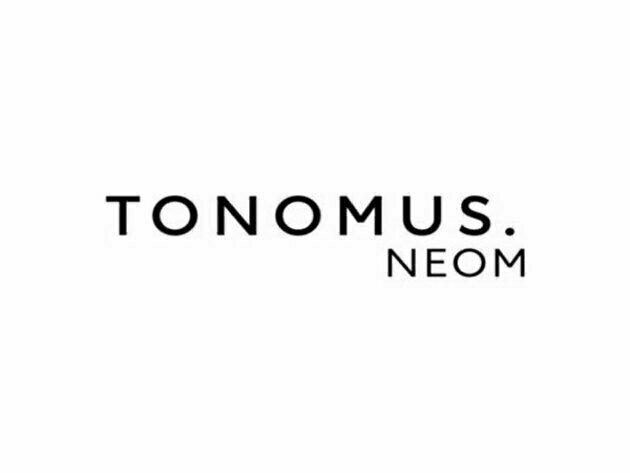 NEOM Tech & Digital Company steps into the future as 'Tonomus'


Riyadh [Saudi Arabia], September 28 (ANI/PRNewswire): NEOM Tech & Digital Company - the first company to be established as a full-fledged subsidiary of NEOM - on September 27, launched as 'Tonomus,' signaling the next stage in its growth trajectory as a cognitive multinational conglomerate.

Headquartered at NEOM since its 2021 inception as the pioneering project's technology and digital lead, Tonomus is building the cognitive foundation and adopting hyper-disruptive solutions integral to the development of NEOM and its flagship initiatives, including THE LINE, OXAGON and TROJENA.

The rebranding represents a sharpened focus on the role of Tonomus as a cognitive multinational company, with this new phase essential to enabling NEOM to fuel Saudi Arabia's economic growth and diversification. The name change furthermore represents Tonomus' commitment to realizing its vision, which includes attracting world-class tech talent to sustain and extend innovation, making Saudi Arabia a hub for global entrepreneurship and enabling NEOM to act as a global connector for the Kingdom.

H.E. Eng. Abdullah Alswaha, Minister of Communications & Information Technology and Chairman of Tonomus, said: "Tonomus has positioned NEOM as a global innovator of cognitive innovation with its constantly expanding portfolio of AI projects, its development of human-centric technologies and its collaborative partnerships with leading multinational tech companies. Tonomus is strengthening economic growth and igniting diversification and innovation within Saudi Arabia with its cutting-edge technologies and solutions. It is creating multiple investment opportunities for local and international companies and has become a strong bridge connecting the Kingdom, the Middle east and North Africa and the world."

Nadhmi Al-Nasr, CEO of NEOM, said: "The launch of Tonomus confirms our progress towards achieving the goals of NEOM and Vision 2030. Tonomus will support our ambitions by contributing to the future of the tech and digital industry, stimulating innovation, and driving the development of the world's first cognitive community. This will be realized by involving the most talented and brightest minds to develop the integrated system that will be utilized across all of NEOM's businesses, sectors and projects."

Joseph Bradley, CEO of Tonomus, said: "Technology is constantly evolving, and - as a global disruptor and innovator - Tonomus is on the same forward-thinking and fast-moving trajectory toward the future. With a new identity, renewed sense of purpose and focus on true inclusivity, Tonomus will be a synonym for cognitive tech and proactive, predictive solutions that fundamentally reimagine human experiences and the way we live.

Tonomus is also nurturing entrepreneurship both within and beyond the organization, which will cement NEOM's reputation as the epicenter of innovation, and Saudi Arabia as a place where the world's brightest minds can bring their ideas to life."

A new venture incubation studio plays a central role in helping the company turn concept into reality. Beverly Rider - CCO and interim CMO of Tonomus - leads both established and emerging entrepreneurs, as well as VCs and C-suite executives in developing Silicon Valley-modeled ventures.

The Tonomus leadership team includes Su Le, Chief Digital and Strategy Officer, whose contribution is vital to the company's global aspirations, as well as the provision of professional services and signature experiences for the residents and businesses that make NEOM their home.

Tonomus has emerged as a global leader in the smart-to-cognitive transition, developing world-changing technologies and investing USD 1 billion in 2022 alone in AI-driven products and hyperconnected, predictive and proactive solutions. These include the first-of-its-kind, mixed-reality, digital twin metaverse with human needs at its core, and a cutting-edge consent management platform designed to restore trust and place personal data ownership back in the hands of users.

The rebrand represents the next step in the company's ascent, which is rooted in co-inventing a robust cognitive foundation with global partners. A key element of this strategic pillar is the USD 200 million (SAR 750m) joint venture with Low Earth Orbit (LEO) satellite operator OneWeb, aimed at providing rapid and reliable connectivity and enabling NEOM's groundbreaking ecosystem of cognitive technologies. In addition to deploying 300km of fiber, 200 5G cell sites and a Telco Park, Tonomus' Cognitive Connectivity Hub strategy comprises the establishment of ZeroPoint DC, NEOM's half-billion-dollar, next-generation hyperscale data center, and a partnership with Oracle, the world's largest database management company.

Tonomus is a world-leading technology enterprise powering the world's first ecosystem of cognitive technologies at NEOM. Evolving from its technology and digital sector, it is the first conglomerate to be established as a subsidiary of NEOM, a region in Saudi Arabia charting the course for a new future fueled by pioneering technologies. Tonomus' digital infrastructure will be the operating system of NEOM, enabling the bold ambitions of its communities and industries. In partnership with global tech-industry leaders, it will co-invent the future of living with groundbreaking cognitive technologies. Tonomus will leverage accurate, protected data shared by residents to deliver predictive and personalized services based on their day-to-day needs. Its solutions will be powered by unrivaled connectivity and computing capability, as well as cutting-edge AI and immersive technologies, all underpinned by global security standards.

NEOM is an accelerator of human progress and a vision of what a New Future might look like. It is a region in northwest Saudi Arabia on the Red Sea being built from the ground up as a living laboratory - a place where entrepreneurship will chart the course for this New Future. It will be a destination and a home for people who dream big and want to be part of building a new model for exceptional livability, creating thriving businesses and reinventing environmental conservation.

NEOM will include hyperconnected, cognitive cities, ports and enterprise zones, research centers, sports and entertainment venues and tourist destinations. As a hub for innovation, entrepreneurs, business leaders and companies will come to research, incubate and commercialize new technologies and enterprises in groundbreaking ways. Residents of NEOM will embody an international ethos and embrace a culture of exploration, risk-taking and diversity.

This material is distributed by DJE Edelman Inc on behalf of NEOM Tech & Digital. Additional information is available at the Department of Justice, Washington DC.

This story has been provided by PRNewswire. ANI will not be responsible in any way for the content in this article. (ANI/PRNewswire)