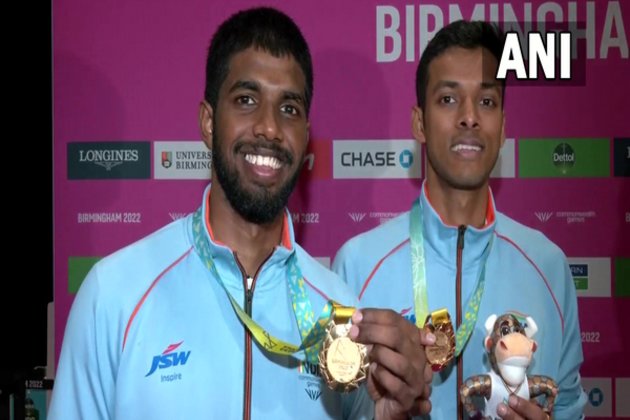 CWG 2022: We all live and play for this moment, says Chirag Shetty on winning gold

Birmingham [UK], August 8 (ANI): Following the gold medal triumph in the Commonwealth Games, the Indian men's doubles duo of Satwiksairaj Rankireddy and Chirag Shetty expressed happiness and said that they wanted to win and the players live for the moments like this.

The men's doubles duo of Satwiksairaj Rankireddy and Chirag Shetty won India its third successive badminton gold of the day by defeating England's Sean Vendy and Ben Lane in the final at the ongoing Commonwealth Games in Birmingham on Monday.

"We're really good friendsthat helped us play efficiently in the court. We all live and play for this moment. It's been priceless. Support of Indians has been quite phenomenal as they cheered us a lot," Chirag Shetty told ANI.

"We really wanted to win Goldwe did it. We prepared welleventually won gold medal. It has been amazing. No feeling can beat the feeling of seeing the Indian flag rising at the top," said Satwiksairaj Rankireddy.

Satwiksairaj Rankireddy and Chirag Shetty started off the first game well. The duo dominated over the English duo of Sean Vendy and Ben Lane. The India duo prevailed in the first game by 21-15.

The next game between the duo started on an even note. The things were even at 6-6. The Indians duo continued to build their lead from that point on. They eventually won the second game by 21-13 and sealed the match and gold medal for their country.

With this, they had sealed the third successive badminton gold for the country.

Sen fought brilliantly on his way to victory. He won the match by 19-21, 21-9 and 21-16. He took on the Malaysian challenge head-on and toiled his way towards the ultimate prize.

Sen and his Malaysian opponent started the opening game on a mostly even note. Sen gained a slight advantage with a 5-4 lead. But Tze Yong was not the one to give up and not only did he score points, but he also made Sen toil hard for his own points. Sen kept fighting and eventually made things 19-19. But Tze Yong secured the first game after outclassing the Indian by 19-21.

The next game also started off as a see-saw contest, with Tze Yong having a lead. Sen continued fighting hard for his points and made things 6-6. Lakshya's perseverance eventually took him to an 11-9 lead halfway into the game, which eventually widened to 18-9. Sen won the second game by 21-9 to set up an exciting decider.

The decider game also started on an exciting note, with both players toiling hard for points. Sen was better this time. Halfway through the game, he had an 11-7 lead, which widened to 15-11. Sen eventually swung his racket to a win by 21-16 in the third game, which helped him seal the match and clinch the gold.

Sindhu was a dominant figure in the match, though her opponent competed well. The Indian won the match in straight two games by 21-15, 21-13.

PV Sindhu got off to a great start. Halfway through the first game, she was leading by 11-8. Michelle Li offered her Indian opponent great competition but fell short in every rally. The result was a 21-15 win for Sindhu in the first game.

Li started the second game on a good note. But Sindhu took advantage once again within no time. The Canadian kept making errors and it kept widening Sindhu's lead with every failure. Halfway through the second game, Sindhu was in an advantageous position with an 11-6 lead.

After the break, things started more even, with both players getting two points quickly due to errors committed by their opponent. Sindhu and Li had an exciting rally of 57 shots, which concluded with the Indian losing a point. Li was slowly gaining an advantage over Sindhu as she was cutting the deficit. Eventually, Sindhu's lead was reduced to 13-11.

Sindhu kept fighting through the second game and eventually won it by 21-13. With the win, she also clinched her first-ever women's singles medal in Commonwealth Games 2022 and India's first-ever gold in badminton at CWG 2022. (ANI) 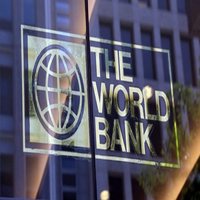 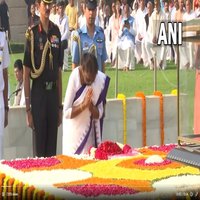 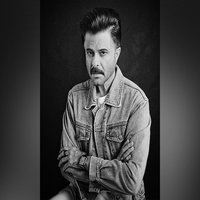 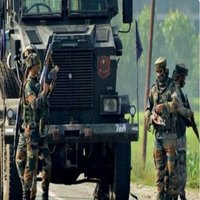 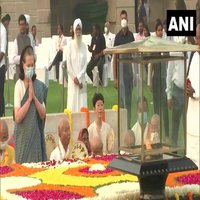 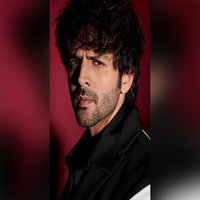 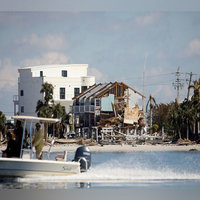