TOKYO, July 31 (Xinhua) -- The quiet venues, empty stands and masked participants are among the reminders that the Tokyo Olympic Games are being held in the shadow of coronavirus, even after a year of postponement.

But halfway through the Games, the sights and sounds of Tokyo 2020 are becoming increasingly familiar as we witness the joy and tears of the athletes who are trying to perform their best, as they always do in the Olympic Games, a testament of the new Olympic motto: "Faster, Higher, Stronger - Together."

The Tokyo Olympics Games has gathered the best athletes around the world, among them returning Olympians, whose passions for the Games have never been damped down by ages.

"I am really happy to be here with that expectation that precedes one more Olympics. I hope it is not only special for the moment in which we are living but also for something we have been chasing for a long time. I even run out of words to describe how happy I am," said Marta, the 35-year-old captain of the Brazilian women's football team.

After scoring less than 10 minutes into the opening match against China, Marta became the first player to score in five consecutive Olympic Games. Along with 43-year-old teammate Formiga, both have come to Japan for the country and the sport they love.

Another veteran Olympian to watch is Oksana Chusovitina. When she completed her vault competition, thunderous applause burst out in the near-empty venue. The judges, volunteers, media workers and others paid tribute in a standing ovation to the legendary athlete, not because she won a medal - she failed to qualify for the finals - but to the 46-year-old Uzbek gymnast who has been an incarnation of Olympic spirit through her eight Olympic journeys.

"I had been preparing for things to end here, but it's impossible to be fully ready for this," Chusovitina told reporters after her finale.

British diver Tom Daley was in tears after finding his first Olympic gold medal in his fourth Olympics by winning men's synchronized 10m platform. "It's unbelievable, especially after Rio 2016, when I was extremely disappointed because I thought that would be my best chance of a medal," he said.

Only after winning his second Olympic gold medal in the men's 73kg category in a more dominant fashion than in the men's 69kg category in Rio 2016, Chinese weightlifter Shi Zhiyong revealed that he had suffered an injury just a month away from the Tokyo Games.

But that had not stopped him from challenging his own world record. "I believe I have the ability to break the world record...I trained very hard in the last five years, it would be a pity if I could not demonstrate the best of myself."

It is a mixed result for U.S. swimmer Katie Ledecky, arguably the greatest female swimmer of all time. Arriving in Tokyo with already five gold medals in the past two Olympics, the 24-year-old won the inaugural Olympic women's 1,500-meter freestyle race and is poised to retain her 800-meter freestyle title for the second time after qualifying for finals scheduled on Saturday morning with the best results.

Despite an impressive sprint toward the end in the women's 4x200m freestyle relay, Ledecky again found herself behind the world record-breaking Chinese team.

She didn't hide her emotions, weeping in the pool, crying in the mixed zone or choking up in her press conference, as she processes the hardest of her three Olympic competitions.

"I don't want anybody to feel sorry for me, or think that a silver medal is a disappointment or anything," she told media. "It's such a privilege to be in an Olympics, much less an Olympics in the middle of a pandemic. I'm lucky to be here."

"I was thinking of the power of the gold medal and what I've experienced over the years, how I've gone to children's hospitals and met wounded warriors and their faces lighted up when they see the gold medals. That means more than anything, the ability to put a smile on someone's face. I still wanted to get a gold medal to have that opportunity again," she added.

GAMES SHOW THE POWER OF YOUTH

Titmus was born in the year 2000 when her country hosted the Sydney Olympics. As the Tokyo Olympics is being held in the third decade of the 21st century, the Generation Z, or zoomers, like her are taking over.

"I was excited that to win this event I had to beat a great champion, and that makes it even more satisfying. She has done unbelievable things for this sport, and especially middle-distance swimming." Titmus said after her surprising victory against Ledecky in 400-meter freestyle finals.

The young guns, born between the late 1990s to early 2000s, are also proving their strength and showing the world their strong personalities, and passion for sports atop all.

But the 21-year-old continued to emphasize that she would be "a simple self."

"After walking down the podium, everything starts from zero. I need to always remember why I got started in the first place," she said.

In women's street skateboarding, one of the five newly-added sports in Tokyo, the podium was shared by three medalists with an average age of just 14 years and 191 days -- gold medalists Momiji Nishiya of Japan, 13, silver medallist Rayssa Leal representing Brazil, also 13 and bronze medal winner Funa Nakayama, 16 - - the youngest ever in an individual event at the Olympic Games.

"I'm so happy to win the Olympics in Japan. I want to be the famous one who everyone in the world knows. I want to win at Paris 2024, too," said Nishiya.

The host has racked more golds within one week since the opening of the Games than the 12 golds they won in the Rio Olympics. One of the breakthroughs came from Jun Mizutani and Mima Ito who snatched the first-ever Olympic gold medal in mixed doubles from table tennis world champions Xu Xin and Liu Shiwen of China.

But Japan also suffered from unexpected upset when world No.1 Kento Momota crashed out in the group stage of badminton men's singles. Tennis superstar Naomi Osaka, who lit the cauldron at the opening ceremony, also exited early of the women's singles.

"I definitely feel like there was a lot of pressure for this," Osaka said.

The Olympic competitions are not only among the sporting superpowers. The Philippines were in a state of ecstasy after Hidilyn Diaz triumphing in the women's weightlifting 55kg to win the first-ever Olympic gold medal for her country.

Philippine President Rodrigo Duterte congratulated Diaz during a virtual courtesy call "Your achievement is the achievement of the Philippine nation. We are extremely proud (of you)."

"Please dream high. That's how I started. I dreamed high, and finally, I was able to do it." she said to her compatriots.

"I'm so grateful that I could achieve a personal dream here of winning an Olympic medal," said Duffy. "But this is bigger than me, this is going to inspire the youth of Bermuda and everyone back home that competing on the world stage from a small island is really possible."

For the organizers of Tokyo 2020, the health, safety and well-being of the athletes and those involved in the Games come as a priority, even at the expense of spectators being banned in the vast majority of venues and rigorous protocols.

As of Friday, the Tokyo Games organizers said that a total of 220 people related to the Games have tested positive since July 1, including 26 in the Olympic village. Overall, only a small fraction of Olympic participants were tested positive so far, despite the rising numbers of new daily infections in Tokyo.

Promising to deliver a "safe and secure Games", Brian McCloskey, chair of an independent expert panel advising the IOC on COVID-19 countermeasures, told a previous press conference that individual infections are expected as the related people going through different layers of filtering, however, with all the countermeasures in places, particularly the robust testing measures and quick response of isolation, the infections will not pose risks to others.

The South African men's football team had to be put in isolation after members of the team tested positive but managed to catch the opening match against host Japan. "Rules are rules, we have to respect that," said head coach David Notoane after the match.

"This is very different from the four Olympic Games that I participated in," said Lee Chong Wei, three-time Olympic silver medalist and Malaysia's Chef de Mission (CDM) for Tokyo 2020, who described the Games as "special" which could mean extra thrillers and surprises in the competitions.

"I think anything could happen in this Olympic Games," said Lee.

Those inside the Tokyo Olympic bubbles seemingly got along quite well after initial hiccups. Reporters are resorting to ever longer extension rods to "approach" their interviewees, while medalists in pair or group events help themselves by draping medals on each other as the medal presenters are not allowed to do so in alignment with the protocols.

Many have expressed appreciation that they could have the stage of the Olympic Games despite the pandemic.

"We would love to have fans if it was safe but it is clearly not," said U.S. women footballer Megan Rapinoe, "We understand how lucky we are to even have this and hopefully bring a little joy and entertainment to everyone watching around the world."

For the world, Tokyo 2020 is more than that. There's nothing quite like an Olympic Games and the unyielding struggles by the athletes as a great inspiration for the whole world which is still grappling with the COVID-19 pandemic.

In that sense, we can all look forward to more excitement and greatness from the second half of Tokyo 2020. 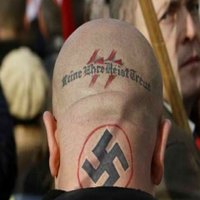 Neo-Nazi suspects in custody over planned attack on Masonic lodge 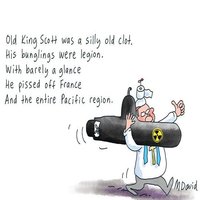 Malaysia's inflation up 2 pct in August

Neo-Nazi suspects in custody over planned attack on Masonic lodge

Malaysia's inflation up 2 pct in August

British and Malaysian men jailed in Somalia for terror offences

Qatar sees Malaysia as a vital investment and trade partner

Unvaccinated students won't be stopped from returning to school - Mah

Minister- More than 155k employees laid off during pandemic

Malaysia to resume interstate travel once 90% adults are fully vaccinated

Climate And Environmental Governancen boards must wake up to climate stewardship

More than 155k employees laid off during pandemic - Saravanan

LFE to diversify into property development through JV project in Kedah - EdgeProp.my 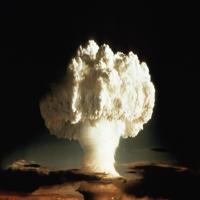 Dont let presidents start nuclear wars on their own 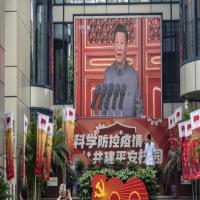 Is the Chinese Communist Party returning to the 'communist' path? 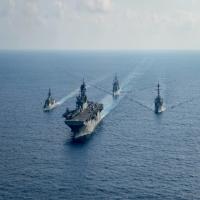 AUKUS shakes up the region, but that is a good thing 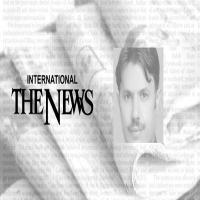 Is Urdu our second mother tongue? 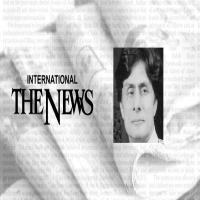 A case of criminal politicisation 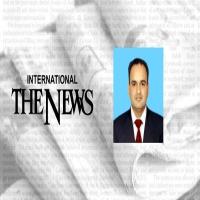 Learning from the kingdom

Industry expects US flood insurance to rise after 2021 hurricanes

Fed up with unruly air passengers, Senators call for prosecution